Created 11-Oct-08
Modified 30-Jun-16
Visitors 300
194 photos
Ohio's 2,722-acre Beaver Creek State Park always has been a great place to escape from the wear and tear of the everyday world. One thing that can't be escaped here, though, is history.

Little Beaver Creek was part of the "feeder" canals that were added to serve the Ohio and Erie Canal, built in 1825 to connect Cleveland to the north and Portsmouth to the south. The Columbiana County canal, known as the Sandy and Beaver, took about 20 years to complete was used for about four years.

Today, remnants of eight of these canals remain along the winding creek; perhaps the most impressive is Lusk Lock -- one of the largest canal locks in the world -- which still has its moss-covered stone steps and masonry walls. This lock is also known as Simon Girty's Lock; rumor has it that the notorious Revolutionary War-era outlaw was a frequent visitor to the area.

No less impressive is Gaston's Mill and Pioneer Village, located at the entrance to the park and operated by the Columbiana County Forests & Parks Council. Samuel Conkle built the mill in 1830, but it was later acquired by, and named for, Philander Gaston. The gristmill was operational until 1928. Nearby are old wooden structures such as the Daily Schoolhouse, Appleby's Blacksmith Shop, the Vodry Chapel and the Malone Covered Bridge. Here, too, is Gaston's Lock, another of the locks along the Little Beaver Creek.

The buildings may be empty now, but they continue to provide insight into life in the 1800s. It's not unusual to find a group of young students on a field trip from an area school peeking in the structures under the watchful eyes of a teacher. And in the fall, when the foliage turns to the colorful reds, yellows and oranges characteristic of Fall in Ohio, you may have to wait your turn as photographers vie for the perfect angle.

The park has plenty to offer picnickers; one of the nicest areas lies just across the Echo Dell Bridge, a colorful iron bridge built in 1910. For a more rugged experience, some 16 miles of hiking trails (three trails are part of the North Country Trail system) wind past the canal locks and through a steep gorge. In addition, there are are two mountain biking technical trails and roughly 23 miles on which to ride horses.

The road that traverses the bridge leads to still another historic area, the former town site of Sprucevale. Little remains here except a structure that appears to have been a mill, Hambleton's Lock and the Sprucevale Overlook.

About seven miles of the Little Beaver Creek are open for fishing, serving up such prize catches as smallmouth bass, bluegill and catfish. Canoeists will enjoy 12 miles of water, including a section of Class III rapids just outside the park. 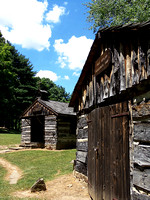 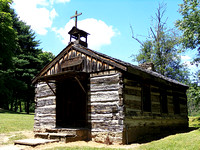 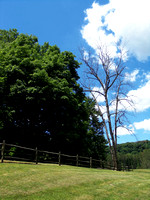 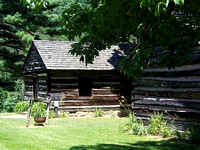 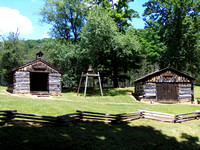 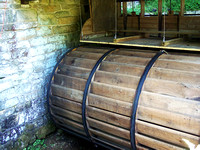 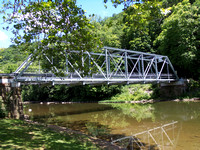 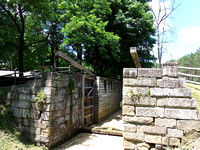 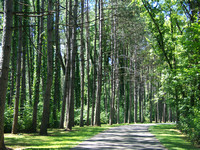 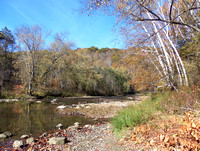 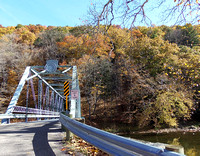 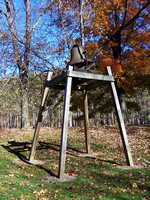 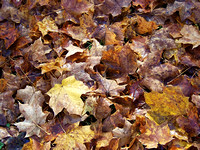