Created 10-Sep-11
Modified 11-Sep-11
Visitors 62
57 photos
2011 has been the year of challenges, to put it mildly. To start things off, Jack fractured his ankle quite badly by slipping in the snow and ice in our front yard right after the first of the year. Despite the severity of the injury, though, the pain was minimal and the bone healed better and faster than we expected.

That said, the plate that held his bones together till everything healed was rubbing his ankle, making it hard for him to wear regular shoes. The outpatient procedure to remove the plate - which wasn't needed anymore but could have remained there indefinitely - was quite simple, though, so it was scheduled in early May.

And that's when the real trouble started. Not long after he went in to be prepped for the surgery, a nurse came out to me to say Jack was experiencing some kind of "cardiac event" (just why that term is used is a mystery to me -- sort of like the dentist calling pain "discomfort," I guess). Turns out his heart rate had suddenly shot sky high, and no matter what they tried, it wouldn't go back down.

From the outpatient clinic, it was straight to the Cardiac Care Unit of one of our hospitals, where he spent a couple of days and was stabilized to acceptable, but hardly good, levels. But we were told that nothing more could be done at this hospital and he'd need more expert cardiac care. No question, we said, get him to the Cleveland Clinic (about an hour and a half to the northwest). Some 30 years ago when Jack had a heart attack and bypass surgery he'd gone there, and it's impossible not to be totally impressed.

Very long recovery story short, we had to cancel a trip we'd booked to various places in West Virginia in early May. And from the time he was released by the clinic, we went pretty much nowhere except for short treks to Mill Creek Park and a couple of spots along Lake Erie.

Finally, he was well enough to think about staying overnight - but that brought a scheduling nightmare because he was to head back to the clinic in late September to have a defibrillator installed. After that, the weather can be unpredictable - so we had a window of about a week to make our plans.

We knew we couldn't go far, and we'd already been to Marblehead even if just for the day. So, we opted to head southwest instead, to historic Marietta, Ohio - one of our favorite cities to visit that we missed last summer. Jack booked a motel for two nights during the week; we prefer to stay at the old Hotel Lafayette in the downtown overlooking the confluence of the Ohio and Muskingum rivers, but we'd earned free nights through our Choice Privileges membership, so we picked the Quality Inn on the outskirts of town.

We'd go no matter what, we said - and depending on the weather we had a few side trips in the works either coming or going. Meantime, we learned that an online photographer friend who lives in Canton, Jack Perry, planned to be in Marietta for the annual sternwheeler festival on the weekend, and we arranged to meet up with him for dinner one evening.
On the trip down, Jack took the scenic route down the West Virginia side of the Ohio River. Since the sun was out and rain was predicted for the next two days, we stopped for a while at Prabhupada's Palace of Gold near Wheeling. Billed as "America's Taj Mahal," it certainly lives up to the title. Built starting in 1973 entirely by monastic volunteers, the ornate buildings, flower-filled gardens and lakes has become an international place of pilgrimage. We weren't able to stay long and didn't take one of the guided tours, but hopefully these photos show that it's quite an impressive place.

From there it was but a short distance to Moundsville, where we stopped for a bit to see the former West Virginia Penitentiary. Also an impressive sight, work started on the 10-acre structure in 1866 and completed in 1959. At one time, it was known as "the bloodiest institution" in the United States; but in 1986 the West Virginia Supreme Court decided the small cells constituted "cruel and unusual punishment" and the prison was closed in 1995.

Crossing the river to Ohio, we arrived in Marietta, checked into our motel, gathered our cameras and headed downtown to see if some of the sternwheelers had arrived a bit early. By now the weather had turned gloomy, but in fact, several boats were docked in front of the Hotel Lafayette. Most were privately owned paddlewheelers and not what I'd call a true sternwheeler, but it was fun to see them nonetheless. For dinner, we ate at the Levee House that's right on the river about a block from the hotel.

The next morning - another gloomy day - we browsed some of the downtown shops (making sure to pick up some of the wonderful homemade flavored fettucine at Rossi Pasta). We took more photos of the boats and headed across the Muskingum to another historic place, Harmar Village. Then it was back to meet Jack, who drove us around to see and photograph several other places before we headed back to the Levee House for dinner with Jack and his cousin Christie.

Friday was still another gloomy day, and workers were busy closing off many of the downtown streets for the festival that started on this day. So, we headed back toward home, but this time sticking with Interstate 77 most of the way. Fortuitously, the sun decided to start shining brightly just as we got close to historic Zoar Village near Canton, so we said what the heck and stopped. Also fortuitously, it was close to lunchtime, and we enjoy eating at the Firehouse Grille & Pub there (after, of course, we'd taken many photos to make hay while the sun was out)!

All in all, it was a wonderful, relaxing mini-vacation. Please feel free to browse the gallery photos - just a few of the hundreds we took. If you like them or have questions, feel free to add your comments. Enjoy!
Categories & Keywords
Category:
Subcategory:
Subcategory Detail:
Keywords:Firehouse, Gold, Grille, House, Levee, Marietta, Ohio, Palace, Penitentiary, Village, Virginia, Virginia, West, West, Zoar, of, sternwheelers
© Monnie Ryan 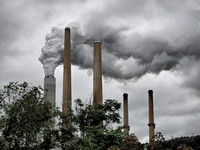 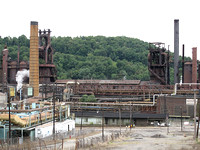 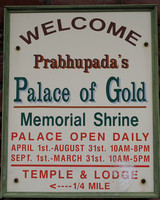 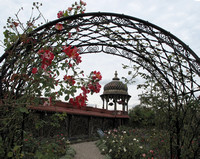 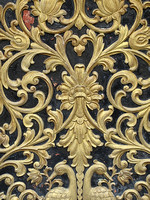 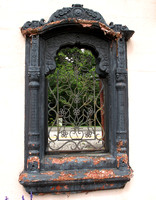 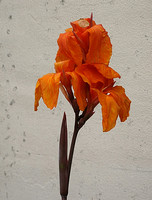 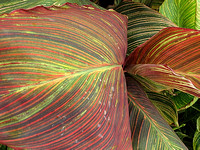 Guestbook for Marietta 2011
Michelle Alton(non-registered)
A wonderful collection from this trip. Beautiful shots, and it's wonderful to see you "On the Road Again!" Jack is looking great, and you are definitely a couple to be admired and emulated. What fortitude!
Chris Laner(non-registered)
Beautiful pictures Monnie and welcome to MPEG. You will be a wonderful attribute! What time of year did you photograph the Palace of Gold? The flowers are awesome.
The guestbook is empty.
Loading...
Powered by ZENFOLIO User Agreement
Cancel
Continue