Originally, the area -- which included the lake -- was a private park called Colonial Spring gardens. The land was purchased in 1966 by the state of Ohio, and the property was named a state park seven years later.

A network of three trails can be combined for a two-mile hike. Much of this passes through Tinker's Creek State Nature Preserve, which is adjacent to the state park. The 1.5-mile Seven Ponds Trail includes a boardwalk through wetlands. Especially in the fall, the scenery is beautiful -- as I hope you'll see by the photos in this gallery. For the record, the photos here were taken in both the state park and the nearby state nature preserve. 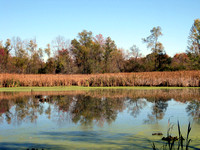 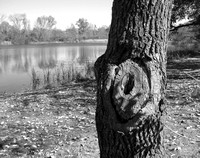 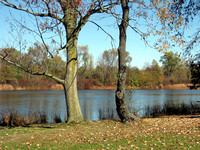 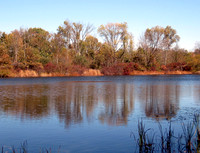