Created 19-May-08
Modified 16-Jun-12
Visitors 11
54 photos
The 2,546-acre McConnells Mill State Park, where the winding 49-mile Slippery Rock Creek carves its way through bedrock formed more than 300 million years ago, is a great place to learn about the environment, go for a hike and photograph spectacular scenery. A good first stop is the gristmill that gives the park its name.

Built on the creek in 1852, it became one of the first rolling mills in the country. Next to the mill is McConnells Mill Covered Bridge, built in 1874 and one of two remaining covered bridges in Lawrence County, Pa.

Everywhere are hiking trails; the 1.5-mile Alpha Pass Trail, for instance, follows Slippery Rock Creek and is part of the North Country National Scenic Trail. The creek itself presents hazards in the form of whitewater conditions, rapids and swift currents (Slippery Rock Creek is a Class II to IV river, depending on water level). Next to the covered bridge is the Kildoo Trail, a two-mile, moderately difficult loop. The first 200 yards are paved, ending at a wood footbridge where you can watch the water trickle down to the creek from huge boulders high above.

In another part of the park, the relatively flat half-mile Hells Hollow Trail leads to Hells Hollow Falls and the remains of a limestone quarry kiln. The drive from the mill is through remarkably flat land, but the abundance of wild plants and flowers keeps things interesting. Running jointly with this trail for a while is the Slippery Rock Gorge Trail, a 6.2-mile terror that follows the creek bank deep into the gorge and requires at least 4.5 difficult hours to complete.

For those who can manage it, though, the rewards are great. Somewhere around the 3.5-mile point, the trail heads down to the deepest part of the gorge, an alluvial flood plain known as Walnut Flats. After that comes a challenging steep uphill climb and a final descent back down to the creek.
Categories & Keywords
Category:Travel and Places
Subcategory:North America
Subcategory Detail:United States of America
Keywords:McConnell's Mill State Park, Pennsylvania
© Monnie Ryan 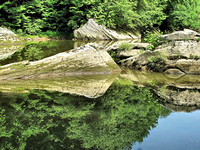 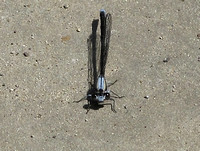 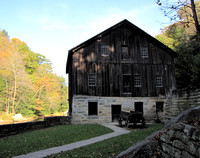 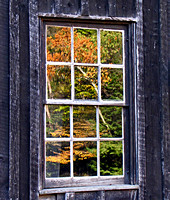 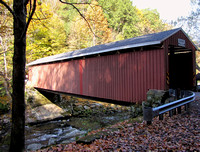 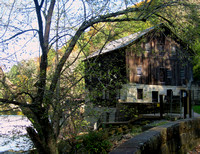 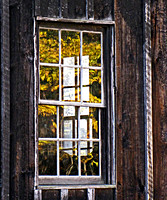 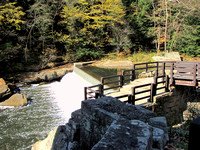 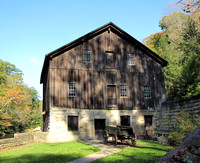 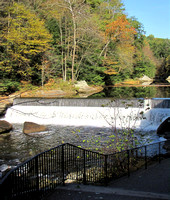 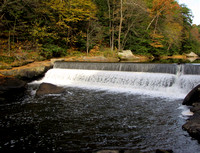 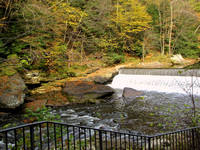