Created 19-May-08
Modified 21-May-08
Visitors 14
33 photos
West Virginia's New River Gorge offers more than 1,600 climbing, hiking and biking trails and reportedly some of the best whitewater rafting in the world. Then there's that bridge -- yes, that bridge: the bridge that spans the New River at 876 feet in the air and is the second largest and highest single span steel arch bridge in the world.

It's sure to make the news on the third Saturday in October each year, when walking onto the bridge is permitted as part of the largest one-day festival in West Virginia. It's also open for the most daring to show off their skills; visitors can watch as close to 500 parachutists leap from the center of the bridge and another 200 or so rappel 700 feet from the bridge to the bottom of the gorge. If you prefer a slower walk down, you can do that, too -- but it's a four-mile trek one way.

One of the highlights of the area is the Thurmond Depot, billed as "The Heart of the New River Gorge." Thurmond was a town that thrived during the heyday of the coal and timber industries here. In 1910, the Chesapeake & Ohio railroad operation here produced more freight tonnage than the cities of Cincinnati and Richmond, Va., combined, according to National Park Service literature.

Some 75,000 passengers passed through the town that year. With the Great Depression of the 1930s, the town began to decline, coming to an official end in 1995 with the closing of the post office. That same year, though, the train depot was restored for use as a National Park Service visitor center; today, other buildings and exhibits remain, and the depot serves as a flag stop for Amtrak.
Categories & Keywords
Category:Travel and Places
Subcategory:North America
Subcategory Detail:United States of America
Keywords:New River Gorge, New River Gorge Bridge, Thurmond Depot, West Virginia
© Monnie Ryan 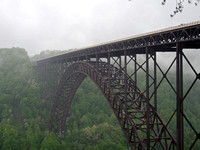 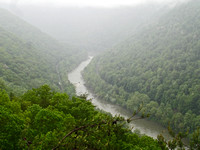 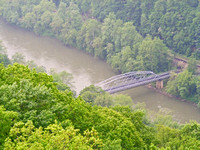 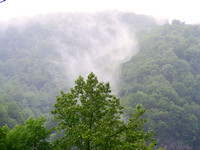 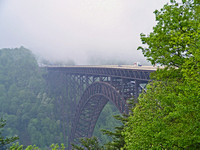 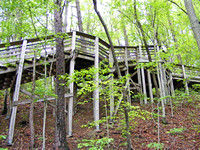 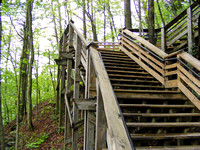 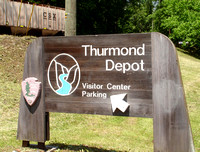 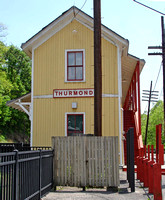 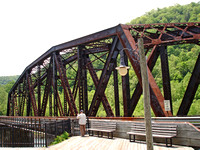 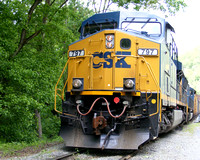